On January 6, 2016, Governor Brown proposed his $170.7 billion spending plan for the 2016-17 fiscal year.  While California is currently enjoying a surplus ($8 to 11 billion, depending on the source) because of the state’s improving economy, the Governor is cautioning the Legislature against enacting new programs that would have to be eliminated when the next recession occurs.  California’s budget is largely dependent on personal income and sales tax revenue ($83.8 billion and $25.9 billion, respectfully) and thus, is negatively impacted by an economic downturn.  Given that is his second to last budget, Governor Brown is focusing on his legacy and financial stability is the cornerstone of legacy.  The Governor failed to include any proposals that would restore reimbursement rates to health care providers that were cut in previous years.

The beneficiaries of new state revenue includes K-14 education ($71.8 billion plus $257 million to repay underfunding from prior year), the state’s regional centers which provide services to people with autism and other developmental disabilities ($80 million), Supplemental Security Income/State Supplementary Payment (SSI/SSP) cost of living increase ($76.8 million) and the an additional $2 billion deposit into the state’s rainy day fund.

California implemented the optional expansion under federal health care reform, which expanded Medi‑Cal eligibility to all parent/caretaker relatives and childless adults under 138 percent of the federal poverty level (FPL). Per the ACA, the federal government pays 100 percent of the cost of the optional expansion population for the first three years.   Additionally, California provides coverage for pregnant women up to 322 percent of FPL (the highest of any Medicaid program in the nation), and 138 percent of FPL for parents and caretaker relatives (4th highest in the nation).

Health Care Reform Implementation – Medicaid expansion has increased the Medi-Cal caseload to a projected 13.2 million lives in 2016-17, covering over a third of the state’s population. The budget provides $4 billion ($1.9 GF) for this fiscal year for the cost of mandatory Medi-Cal expansion.  Starting in January 2017, the state assumes a 5 percent share for the optional expansion population. By 2020‑21, the federal share decreases to 90 percent and the state will pay 10 percent. The budget assumes costs of $14.1 billion ($740.2 million General Fund) in 2016‑17 for the state’s share of costs for the optional Medi‑Cal expansion.

Extension of Full‑Scope Medi‑Cal Coverage to Undocumented Children – Chapter 18, Statutes of 2015 (SB 75), expands full‑scope Medi‑Cal benefits to undocumented children under 19 years of age. The Budget includes $182 million ($145 million General Fund) to provide full‑scope benefits to 170,000 children. This benefit is scheduled to begin by May 1, 2016.

County Medi‑Cal Administration – County workers conduct Medi‑Cal eligibility work on behalf of the state. Medi‑Cal caseloads continue to grow significantly post ACA implementation and the system built to automate eligibility determinations is not yet completely functional.  The Budget provides counties an additional $169.9 million ($57 million General Fund) in 2016‑17 and the following year to administer the program. Once the eligibility system is stabilized, the state will conduct time studies to inform a new Medi‑Cal county administration budgeting methodology.

Mental Health and Substance Use Disorder Services – The budget includes $90.9 million ($32.5 million General Fund) for residential treatment services expanded under the recently approved CMS waiver to provide better coordination and a continuum of care for substance use disorders. DHCS is required, in collaboration with stakeholders, to create a Performance Outcomes System to track outcomes of Medi‑Cal Specialty Mental Health Services for children and youth.  DHCS continues to work with stakeholders to identify key components of the system and finalize the outcome measures that will be prioritized for data collection. The budget includes $11.9 million General Fund for implementation of this system, including county collection of assessment data and related training to better report on participant outcomes.

Managed Care Organization (MCO) Tax – The administration asserts that the MCO tax is a critical component of maintaining Medi-Cal Program funding that allows for the coverage of the expanded population and for future provider rate increases. The existing MCO tax will expire midyear and the Administration is proposing a new tax that will meet new federal requirements to protect the $1 billion it generates. This tax has been highly controversial because it creates winners and losers among commercial and public health plans and bipartisan support will be needed to approve a new tax. It is not yet clear if there is consensus among the health plans but there is a strong desire in the legislature and administration to enact a new tax. 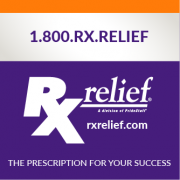 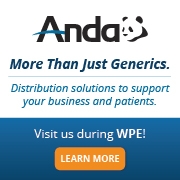